Sunday October 7th I said yes to spending the rest of my life with the most amazing, handsome and God loving man. A man that polishes me and refines me like this pretty (no so little) diamond on my finger. A man that has far exceeded my expectations on what a partner should be. A man whose love will always be a refreshing daily reminder of God’s love for me and His amazing grace that I am so undeserving of. Ahhhh. Ok. So….here’s the scoop!

We had plans to celebrate his birthday (which is actually today – Happy Birthday, BB!) with family and close friends at Rodizio Grill in Downtown Denver. A day trip to Boulder would start the day, by meeting for lunch with one of his good friends. After that, I was supposed to meet for shopping with a girlfriend who lives up there, while he and his buddies checked out some bike park. My girlfriend cancelled, and at the time, I thought nothing of it. We all ended up at the bike park and after a few runs Bran conveniently “hurt his foot.” (He’s still recovering from a fracture, so this too did not raise any red flags.) At this point, he told his buddies to continue their ride and he was going to take me shopping on Pearl street to pass the time. (He is such a good man, and would do this anyway *SOMETIMES* that this also seemed normal)

It wasn’t until about 5 minutes after we passed Pearl St. that I started to get suspicious. Then…everything started to piece together in my mind.

1. He definitely had my gf cancel our plans 2. He definitely wouldn’t be taking me up a long canyon road in Boulder for no reason 3. Did he really hurt his foot? 4. Are his friends in on it? …

I don’t want to ruin anything (I have a track record for ruining my surprises) so throughout the drive I couldn’t even look at him. I didn’t want him to see the smirky smile on my face and that I have discovered his plan.

We arrive at Boulder Falls and we get out start out on our hike (more suspicion arose due to the fact that I was wearing Michael Kors boots…Who goes hiking in those?!) 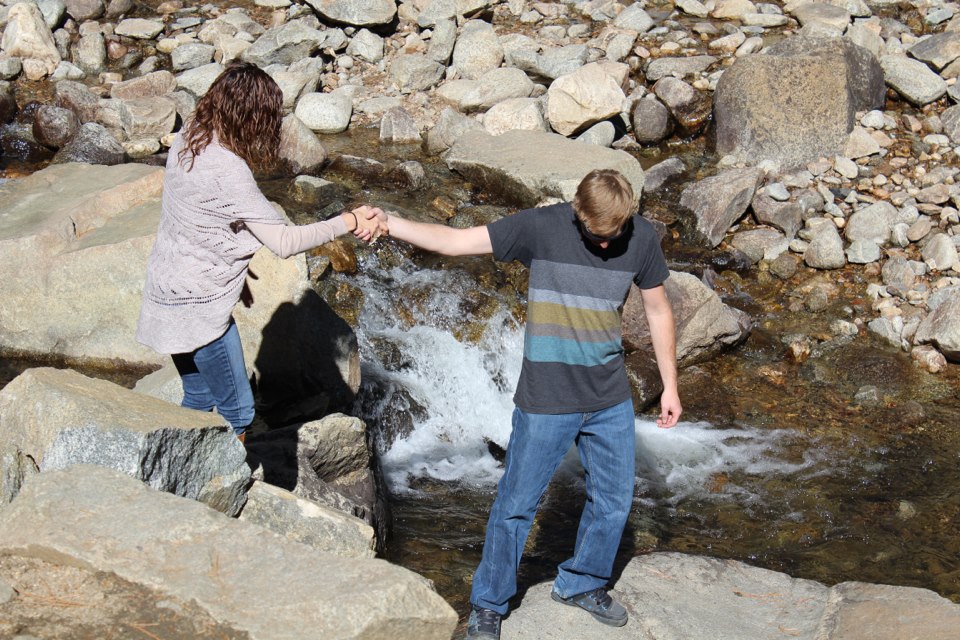 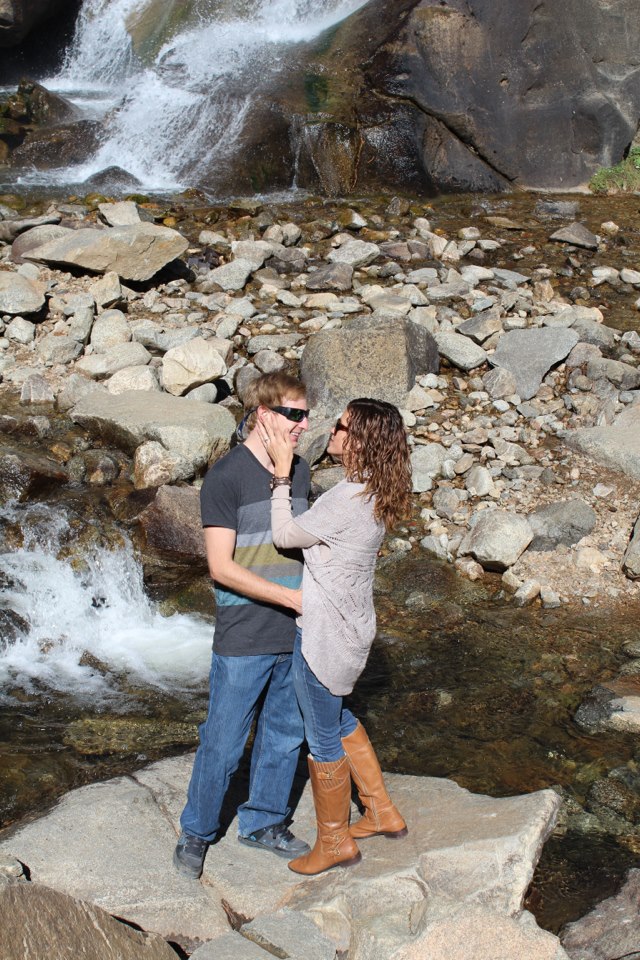 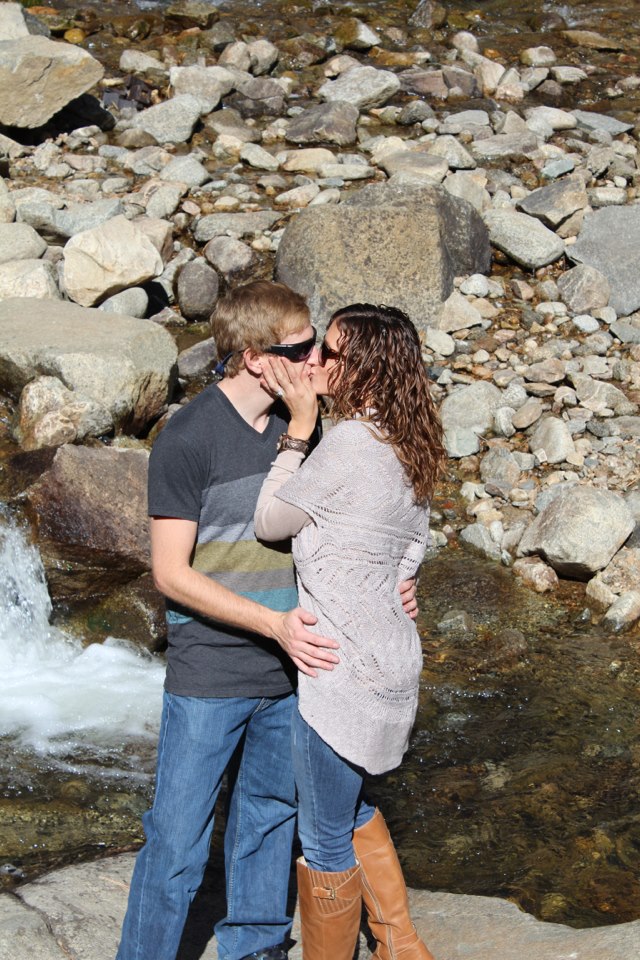 Now, let me tell you about this RING! I showed him a ring I liked (Okay LOVED) on Pinterest one night as I was getting my “Pin on.” This man of mine, went back through my account found the Pin, did his research and found the designer of the exact ring! (It makes it a little easier when you leave it logged in on their iPad ladies haha!) This was no easy task, as the pin did not lead directly to the buying source. My wonderful fiance searched and searched until he came across some girl’s blog that happened to mention this type of band, and eventually found the designer of it, where he then had it made. (The website for this designer can be found here. )

The symbolism of the ring is Ecclesiastes 4:12
(which is inscribed on the inside)

“A cord of three strands is not quickly broken.” 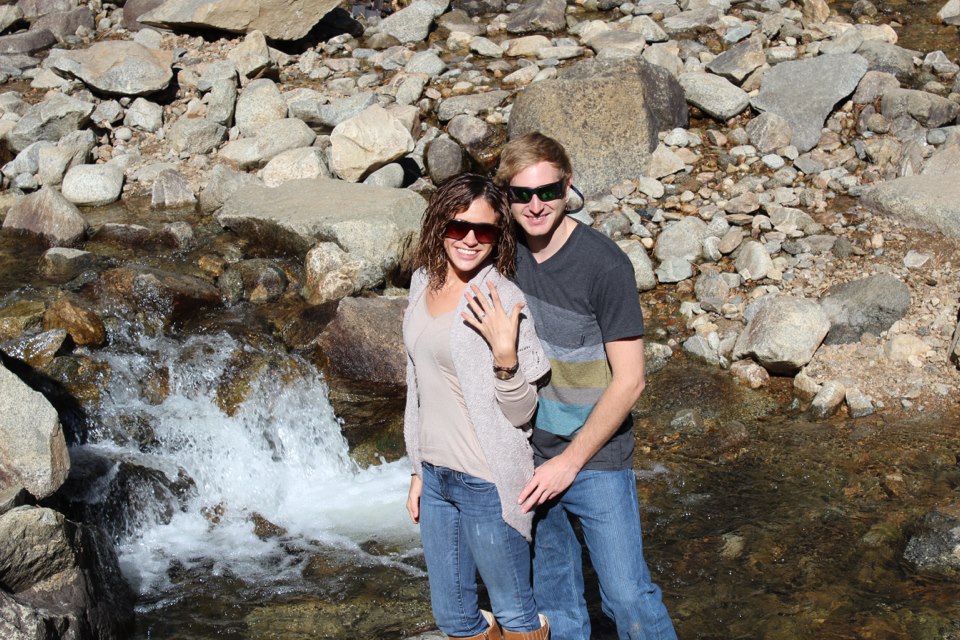 Here’s to THE BEGINNING! Ahhh 🙂

Dinner with family and close friends still followed later that evening, but at this point we were celebrating not only Brandon’s birthday, but our engagement as well. What a blessed day!