Saturday night we were all on high alert that a blizzard would be underway for us this weekend. End result? A whopping 2 inches of snow on the ground. It did however snow ALL DAY Sunday, so I was in no hurry to engage in any outdoor activity. A fire was lit and burned all day into the night! We had one of my best friends and her boyfriend over for an ANTI-SNOW DAY “party” where we made tacos, homemade margaritas, played Taboo & listened to Reggae music while dreaming of warmer days! We had a great time!

For dessert, I decided to give sopapillas a try, to go in line with our Mexican theme. I headed to Pinterest, with a pit stop at google, and found an “easy sopapillas” recipe that appeared to be exactly what I was looking for! 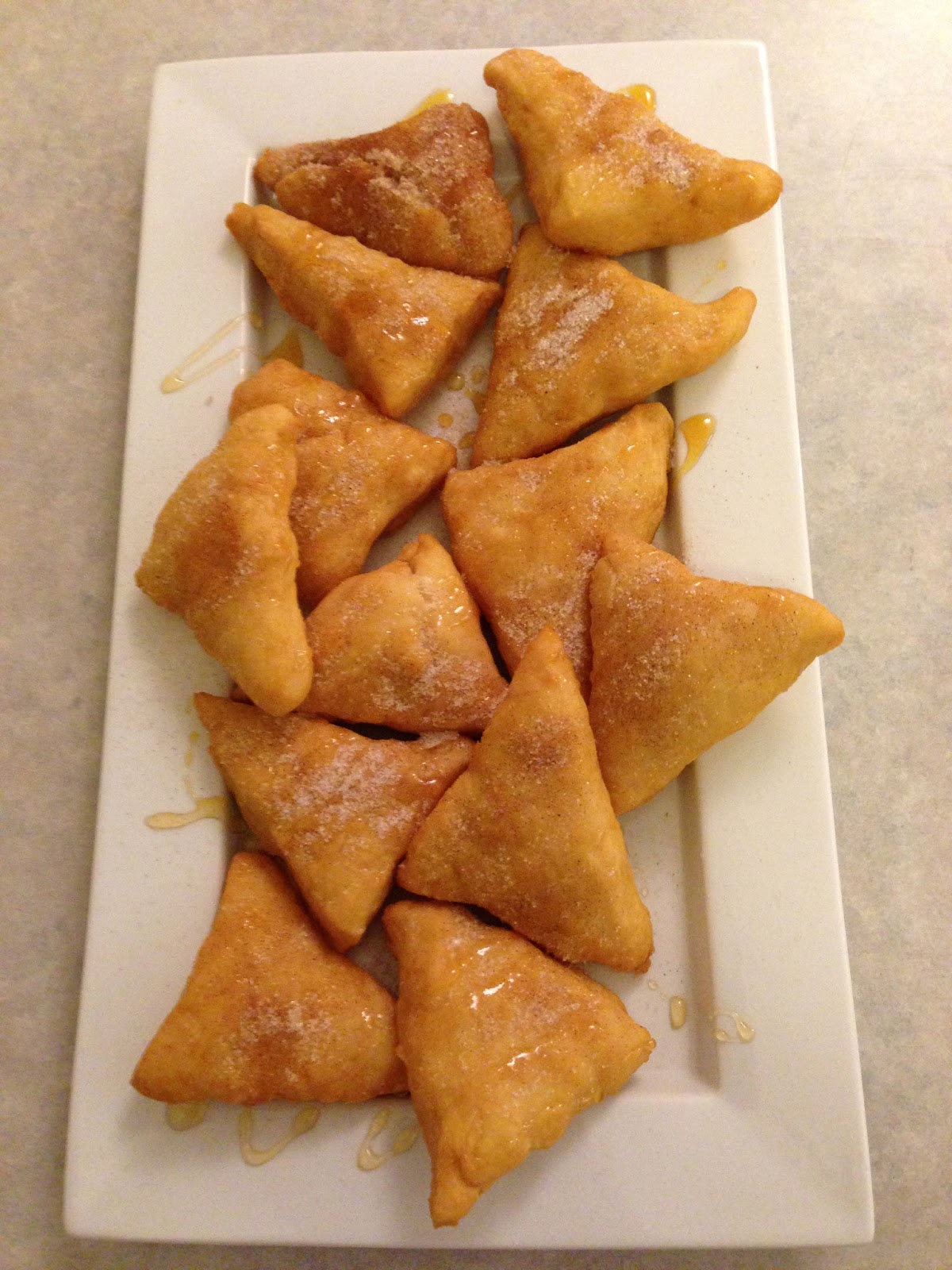 The recipe (below) is UNBELIEVABLY easy, and took me all of 30 minutes from start to finish. I also made a cilantro lime dressing (found here) for a southwestern salad that we paired with our tacos last night. OMG I could drink this dressing!

Ok, not really…but I seriously LOVE IT! I am certain this will be made time and time again!

Agave Nectar or Honey (to drizzle)

In a large bowl, stir together flour, baking powder and salt. Add Coconut Oil and use you hands to mix everything together. Add the warm water, and again, use your hands to get it mixed in all good, til a large ball of dough is formed.

Option 1: Using your hands, form 12 balls out of dough mixture. On a floured surface, roll balls out (with rolling pin) until they are 1/4 inch to 1/8 inch thick. Cut into triangles.

Heat oil in pot to about 375* (I used a 1.5 – 2qt pot) and filled half way with oil. (the more room they have to “breath” they more they’ll “fluff” up) Cooking no more than two at a time, fry until golden brown on both sides. Drain on paper towels and sprinkle with cinnamon sugar while still hot. Drizzle with Agave Nectar or Honey and serve while still warm.

Feel free to let me know if you have any questions! This was first time attempting anything like this, and it worked out great! I’m sure you can do, it too!