We have had our share of snow these past few weeks, which have left me CRAVING warm weather, sandals & sun dresses. (We also recently booked out honeymoon to BARBADOS which has left me feeling SO over the cold!) That being said, if you know Colorado Springs at all, you know the saying: “if you don’t like the weather, wait 5 minutes.“ They said that, because it’s true! It will white out one day, and then the sun will shine and melt all the snow the very next. Our last “snow day” actually brought blizzard like weather followed by clear blue skies within a matter of hours.

Last weekend though, we got a lovely little taste of Spring and I was able to bust out my new MK sandals that I scored at Marshall’s for $30 bucks (in case you haven’t noticed by now, I have a serious love affair with Marshall’s)

Although it’s not quite sundresses & shorts weather, it still felt amazing getting to trade in boots for sandals and a light sweater. What are some of your favorite transitional season looks? 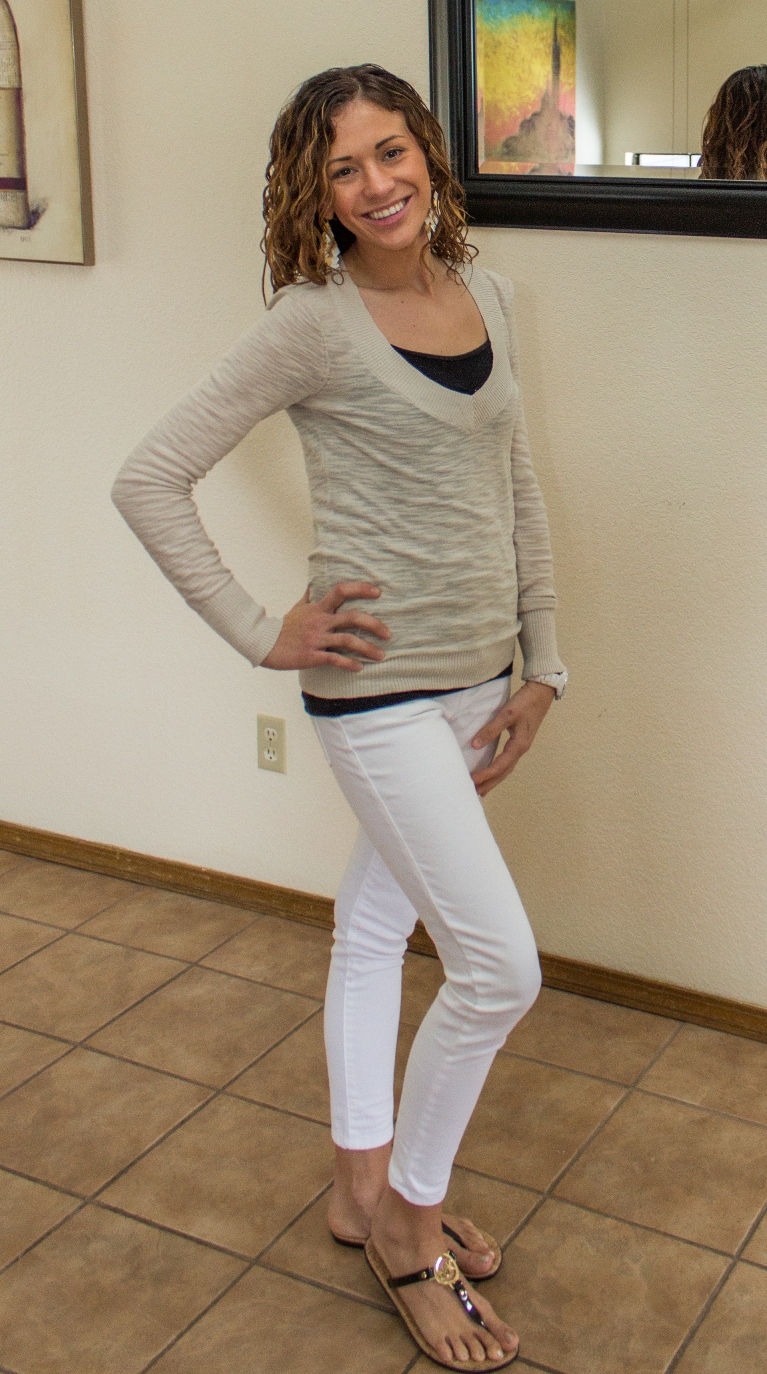 P.S. Don’t forget to change your clocks as we Spring Forward this Saturday!