Every once in while, a recipe gets delivered to my email inbox and blows my socks off. With words like “cinnamon” “baked” & “french toast,” that stand so perfectly on their own, one can certainly assume that combining these words will create an amazingly delectable explosion of all the best kinds of flavors.
What you will find is a buttery, eggy, syrupy goodness, that is baked to perfection to create a bread pudding-y delight. (You can put a “y” at the end of any word, right?) 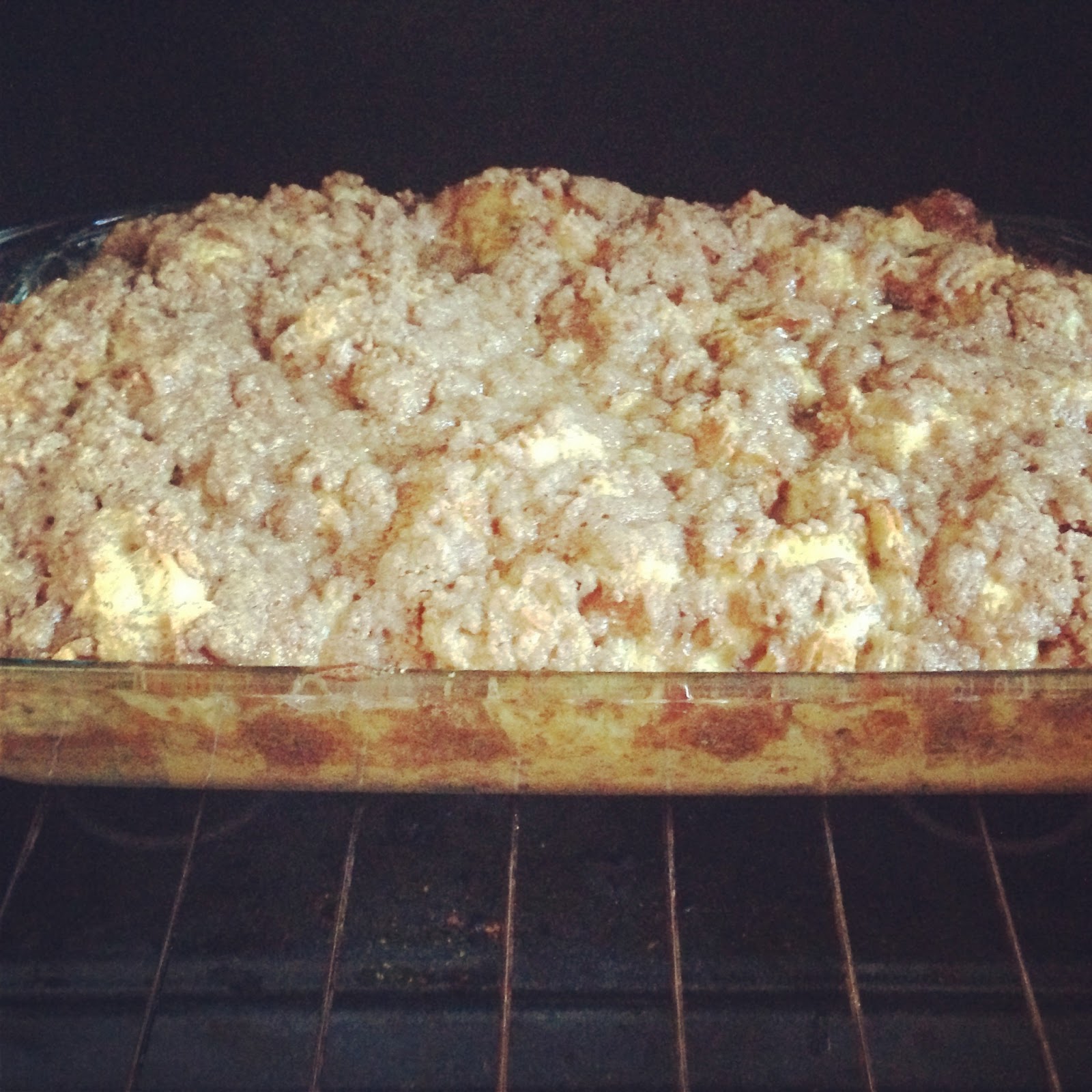 You can’t imagine how good this smelled baking!!! But…when you take into consideration that my image of Heaven heavily involves feasting daily on cinnamon sugar, it should come as no surprise that I was practically drunk on the scent of this filling up my home with its fragrant aroma.

Adapted From: The Divine Addiction

(which has step-by-step photo instructions, if you prefer)

Coat a 9×13 pan with cooking spray or butter. Then, take the bread and cut it into large cubes (or break with hands if bread is on the softer side); place the cubes into the pan evenly. In a large bowl, combine the eggs, milk, cream, sugar, vanilla,
cinnamon and nutmeg. Whisk until thoroughly combined, and then pour
evenly over the bread. Gently push the bread into the egg mixture to make sure that all of the
pieces are moistened. Cover the pan with plastic wrap.  THEN for the streusel topping: In a small bowl, combine the flour, brown sugar, cinnamon and salt. Mix until well-combined. Then, add the butter to this mixture and combine with a fork until it
resembles coarse chunks, the size of peas or slightly larger. Cover with
plastic wrap and refrigerate both the bread mixture and the streusel topping (separately) overnight.

In the morning (as you’re enjoy a cup of jo) preheat the oven to 350˚F. Remove the bread-egg mixture and give it a
good stir, bringing the bottom layer to the top. This will allow any
bread on the top layer that may have dried out overnight to re-moisten.
Then, sprinkle the streusel topping over the bread-egg mixture and bake
45-55 minutes, or until set and the top is golden brown.

Serve it up with some butter and syrup and OO-WEE! Too much yumminess for me to even handle! Enjoy 🙂 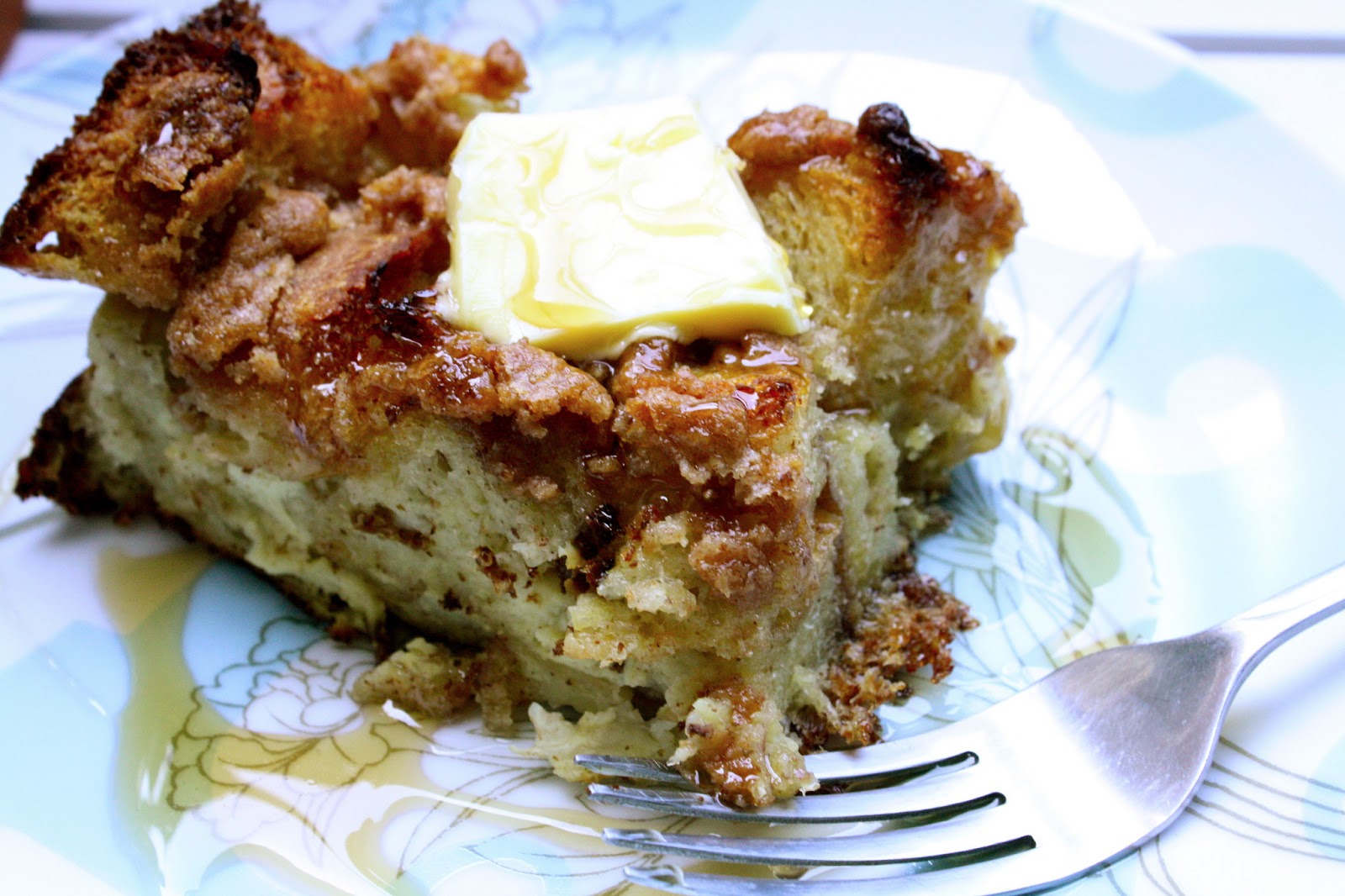