You might remember the last time I shared my postcards from New York. This time, I took the tourists approach to the city, seeing all the sights there were to see. I usually stick to spots a little more off the beaten path, but if there’s anytime to be a tourist in NYC, it’s a Christmas.
Be sure to bookmark my list of all the touristy to-do’s. 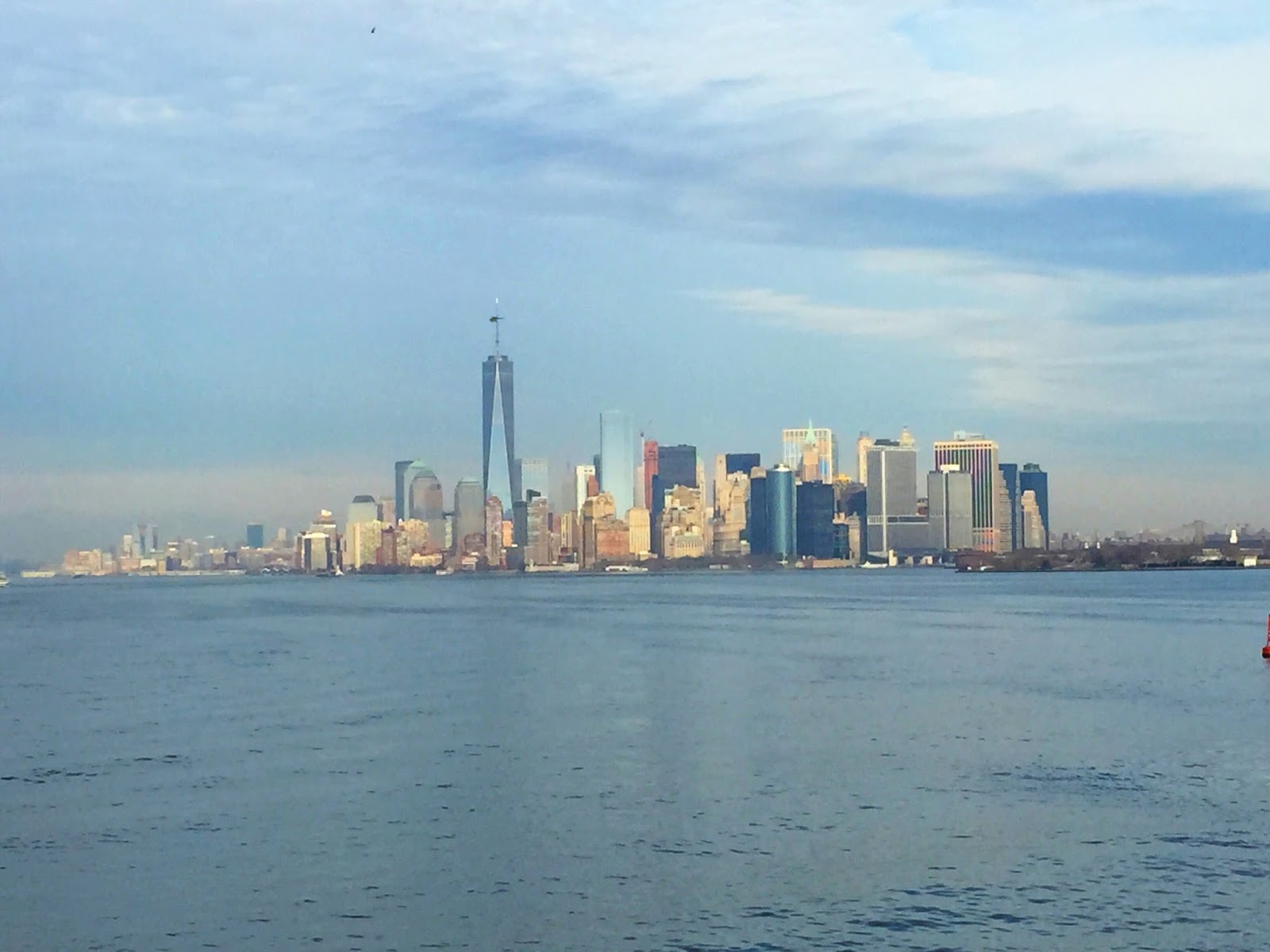 Maialinos: We arrived into the city on Christmas day, and I had made reservations for our family at one of the few places (in our area) that seemed to be open. We lucked out because it was amazing! The restaurant sits off the Gramercy hotel, which is a sight to see, in itself. Get the Malfatti, don’t skip out on Tiramisu for dessert, and allow the in-house Sommelier to serve you from the list of over 500 Italian wines.

Eataly: If you have never been, you much put this on your list of to-do’s. As you enter, you feel as though you have been transported into another world, surrounded by all the best in Italian food and drink. From freshly made cheeses, pastries and pastas, to classic cappuccinos and italian wines, this place has a little bit of something for everyone. The market was buzzing with people stocking up on fresh fish, fruits and flowers. We didn’t get a chance to eat at one of the several restaurants, but I am putting it at the top of my to-do’s when we head back in the Fall.

Laduree: It’s no secret that French Macaroons are my vice. I’m a sucker for these light-as-a-feather French treats, and if you’re looking for a quick (and decadent) escape to Paris, look no further than Laduree. 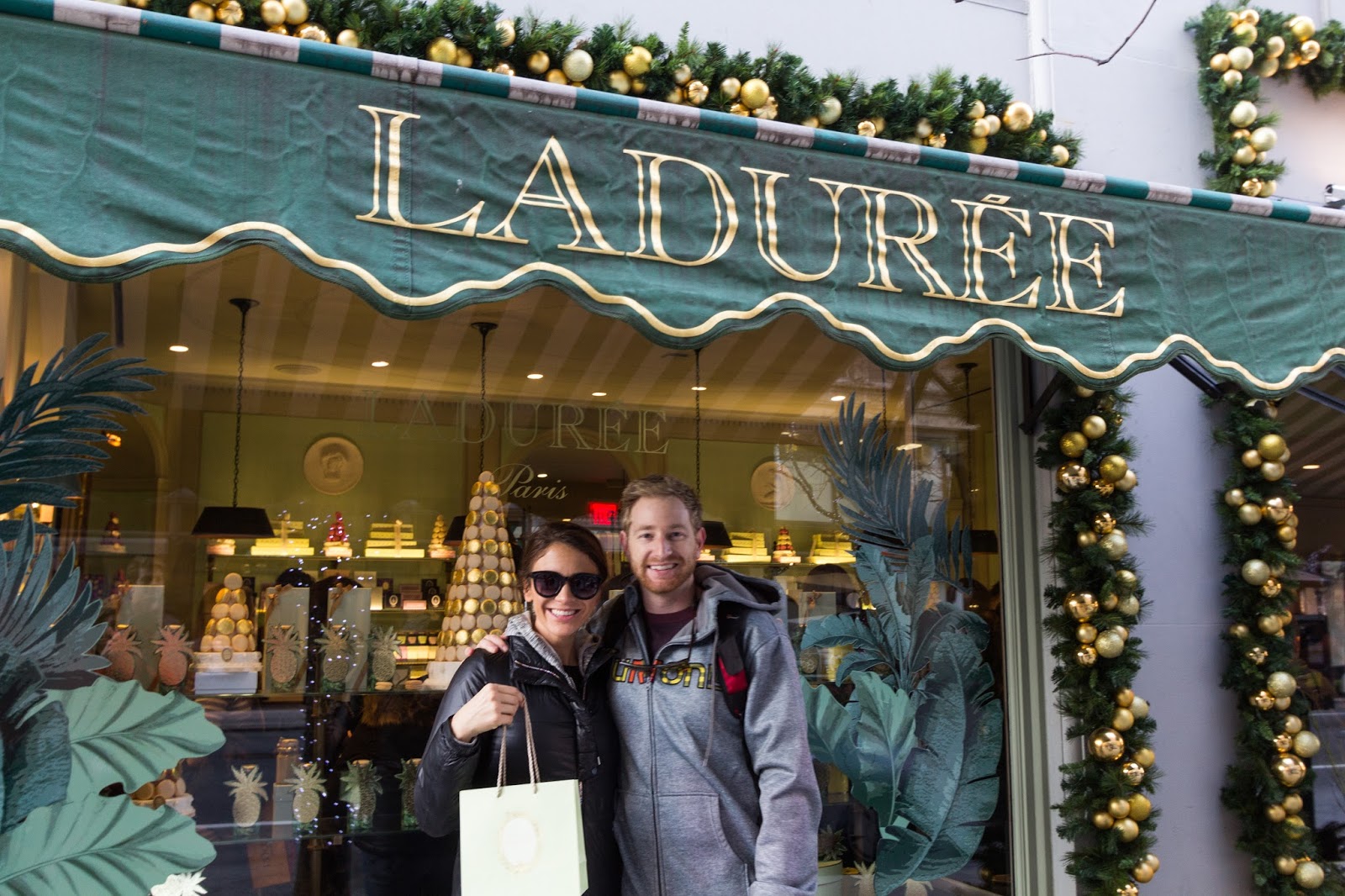 Beauty & Essex: The Lower East Side of Manhattan is host to to a gem of a restaurant you’ll have to see to believe. Enter in through a Pawn Shop, where a doorman greets you and leads you through the “back” door. You’re immediately transformed into a glamorous world or food and drink, with Gatsby-eqsue decor and hip hop music blaring in the background. If there’s one restaurant you can’t miss, it’s this. (P.S. Start with the Grilled Cheese and Tomato Soup Dumplings, and don’t skimp on the cocktails.

Toloache: When I think of New York cuisine, I don’t often associate it with great Mexican, but my mind was changed when we came across Toloache. This gourmet Mexican cantina, is nestled in Hell’s Kitchen, just minutes away from Times Square. It’s a treat you have to taste to believe. But don’t take my word for it. Just look at some of the 900+ yelp reviews.

Carl’s Philly Cheesesteak: We happened upon this food truck while strolling the Upper East Side, and if you’re looking for the best damn cheesesteak you’ve ever had…I suggest you find it, too. If you don’t feel like hunting down this food truck, no worries. They have a restaurant location as well.

The Standard – High Line: If you’re planning a day of walking on The High Line, make a pit stop at the Standard Hotel for lunch. Their burgers and roast beef sandwiches are some of the best in the area, but their Nicoise salad was to die to for! 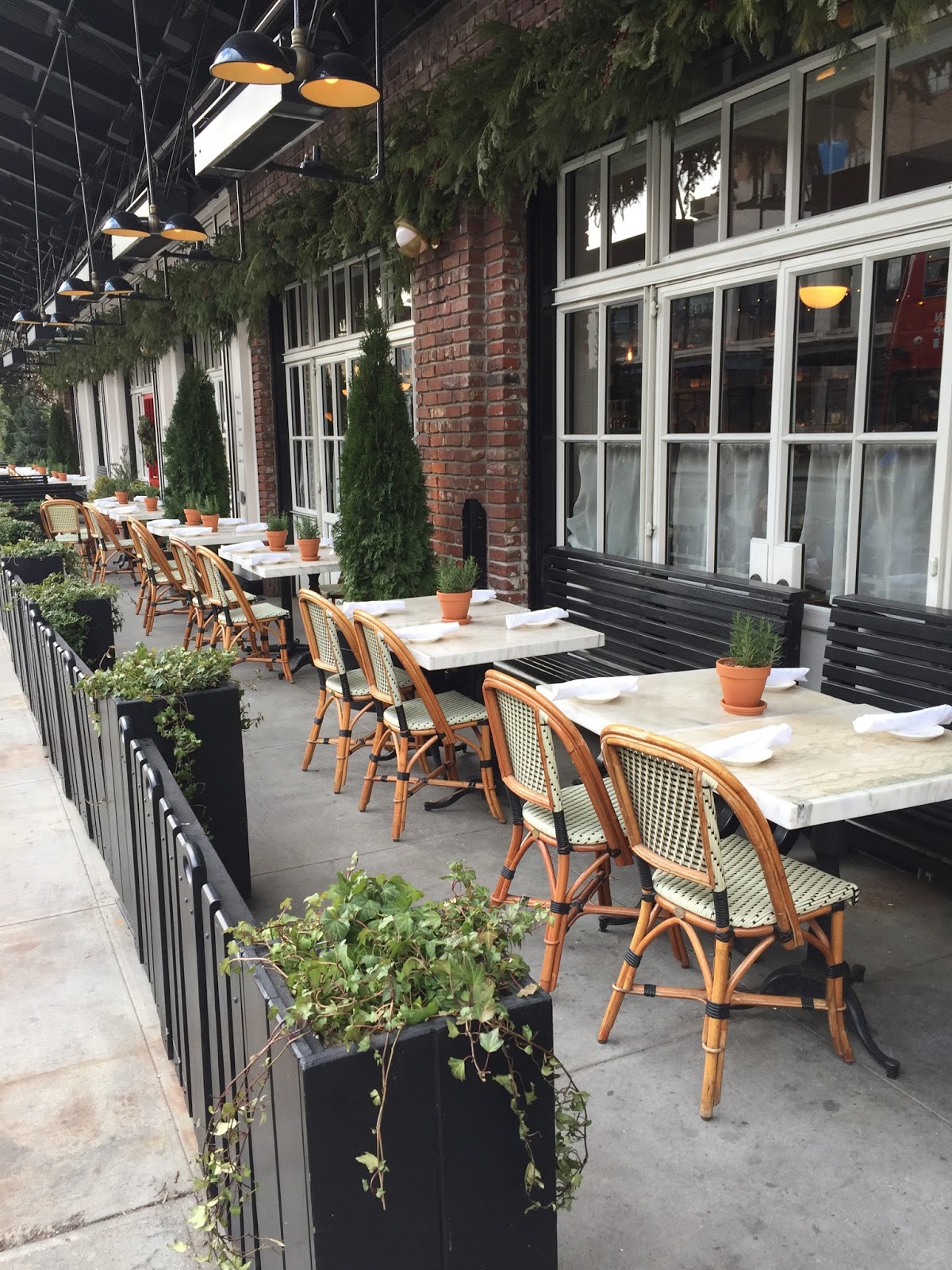 Staten Island Ferry: If you want to catch a glimpse of the Statue of Liberty, but don’t want to wait in a long line or pay an unnecessary fee, catch the Staten Island Ferry. This boat will cruise you right past the lady liberty herself. 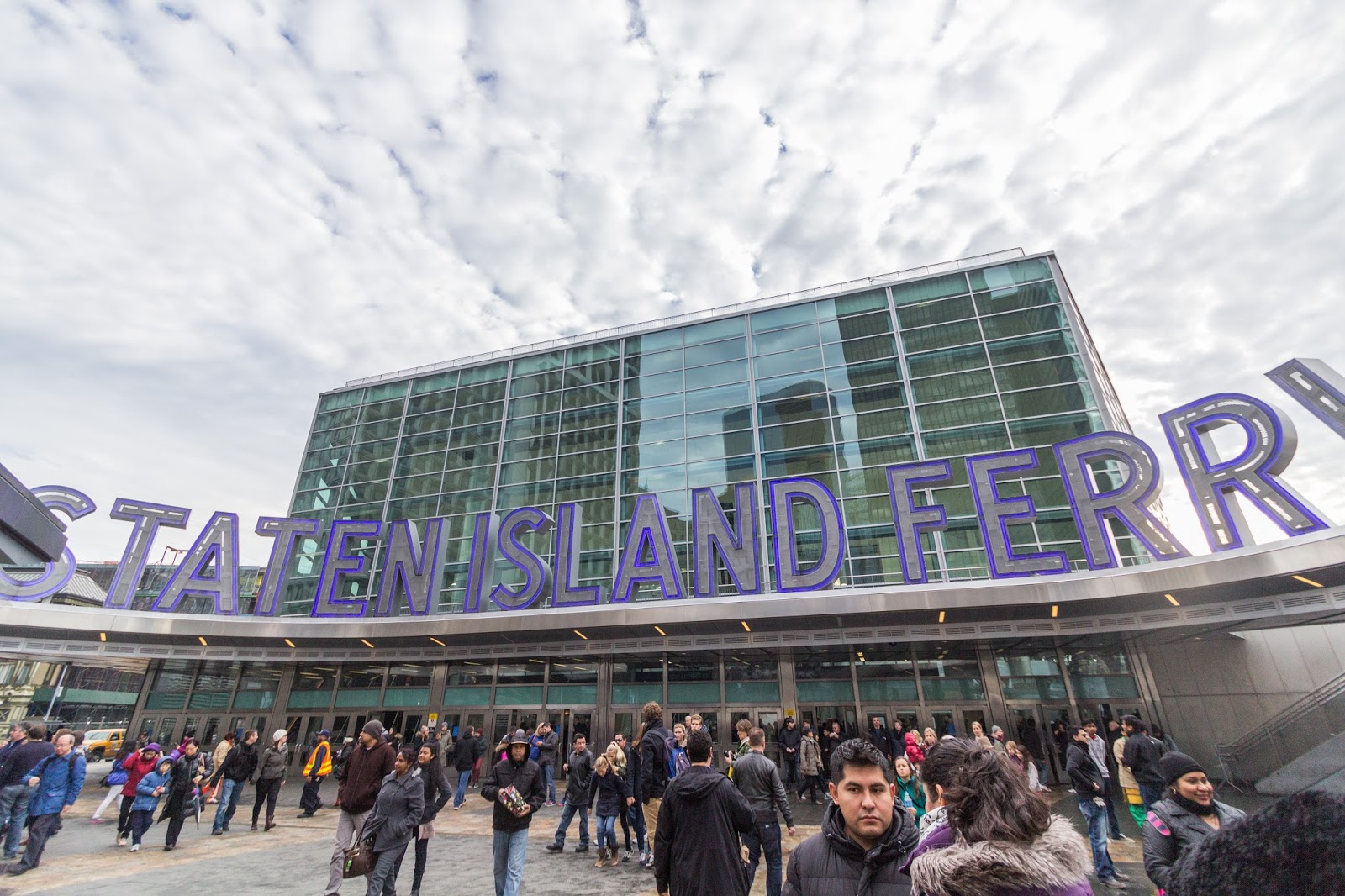 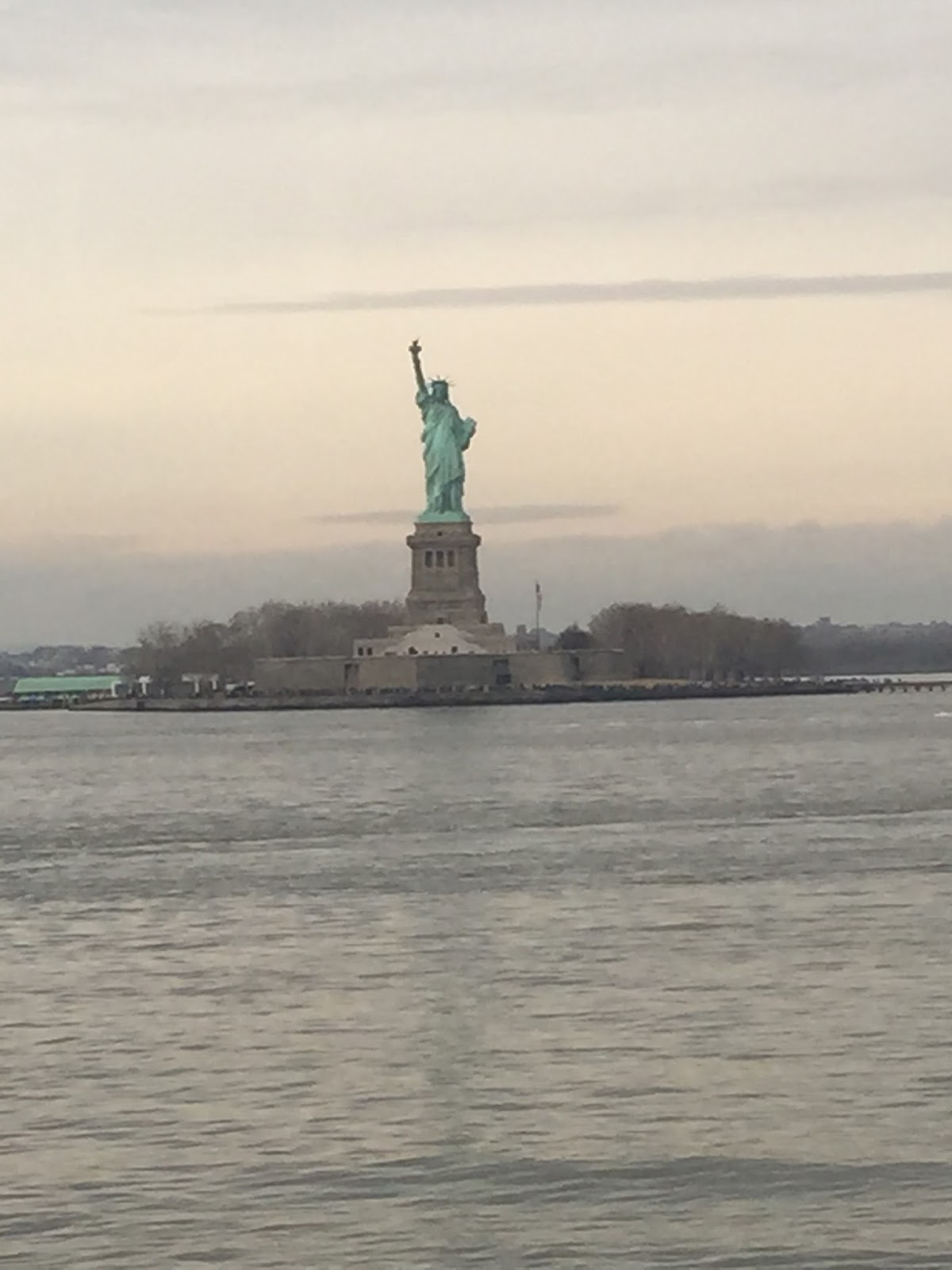 Central Park: It’s hard to believe that such beauty can exist within the center of the concrete jungle. Grab a coffee (and your walking shoes) and spend a morning strolling through this beautiful park. 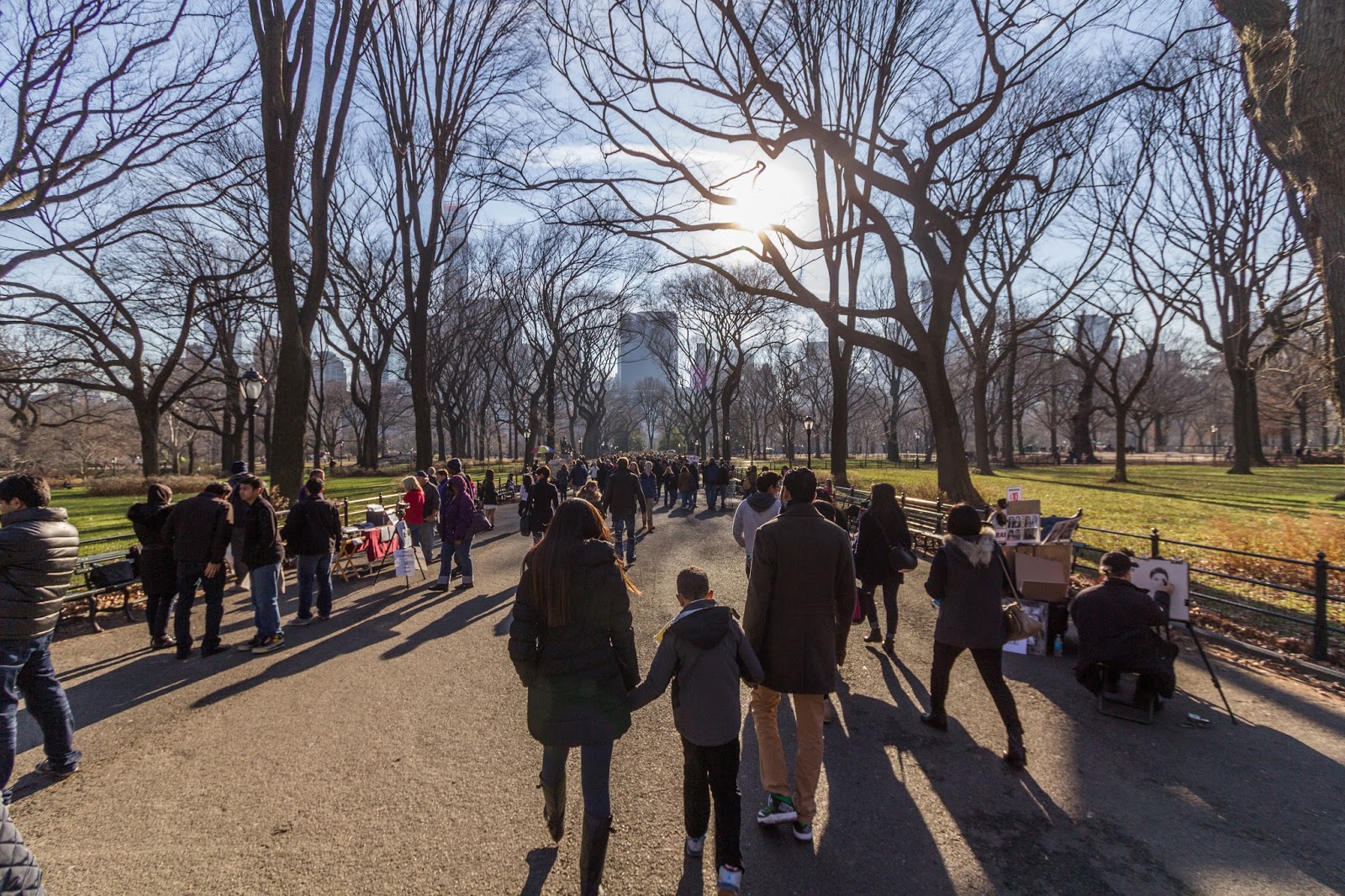 The Met: We spent an afternoon at the Metropolitan Museum of Art, seeing everything from Picasso’s to Monet’s to Medieval garb and more. We only made it about halfway through the museum before we were starving for dinner. I suggest going early, breaking for lunch, then rounding off the afternoon there.

Times Square: Stop by so you can see what it’s all about, then get the hell out.

The High Line: In the early 1900’s, these tracks serviced Manhattan by carrying goods into the city. Today, it has been preserved and transformed into a park stretching 1.5 miles along the Hudson River. Put on your running shoes, grab a coffee, and take a walk along one of the cities most spectacular parks.

Brooklyn Bridge: For one of the best views of the skyline, take a walk up the Brooklyn Bridge. Bonus points for hitting it up at sunset! 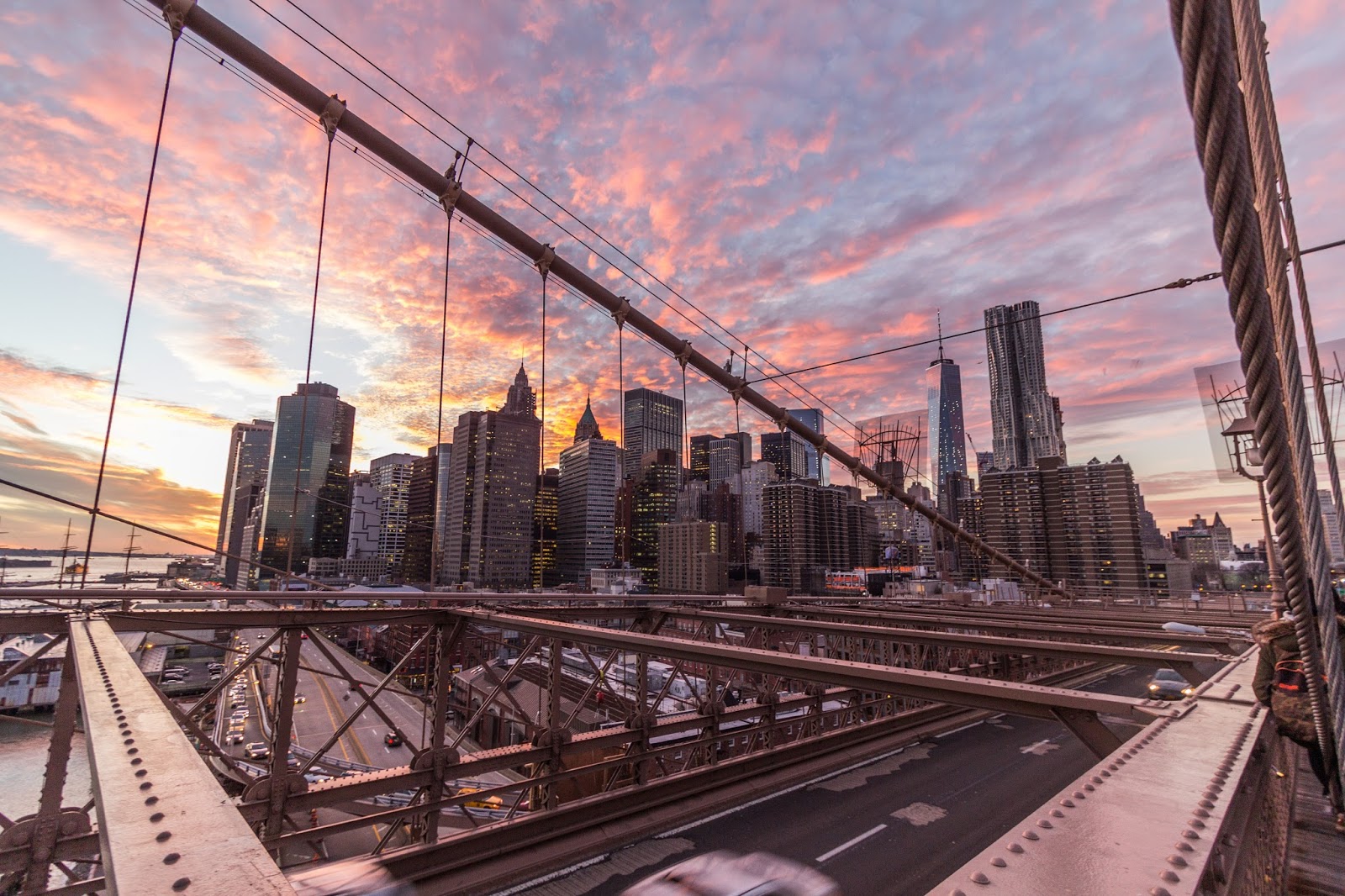 Broadway: Stopping by Broadway for a show, is an absolute must – even if you aren’t a theater buff. We went with the classic “Phantom of the Opera” and it did not disappoint. 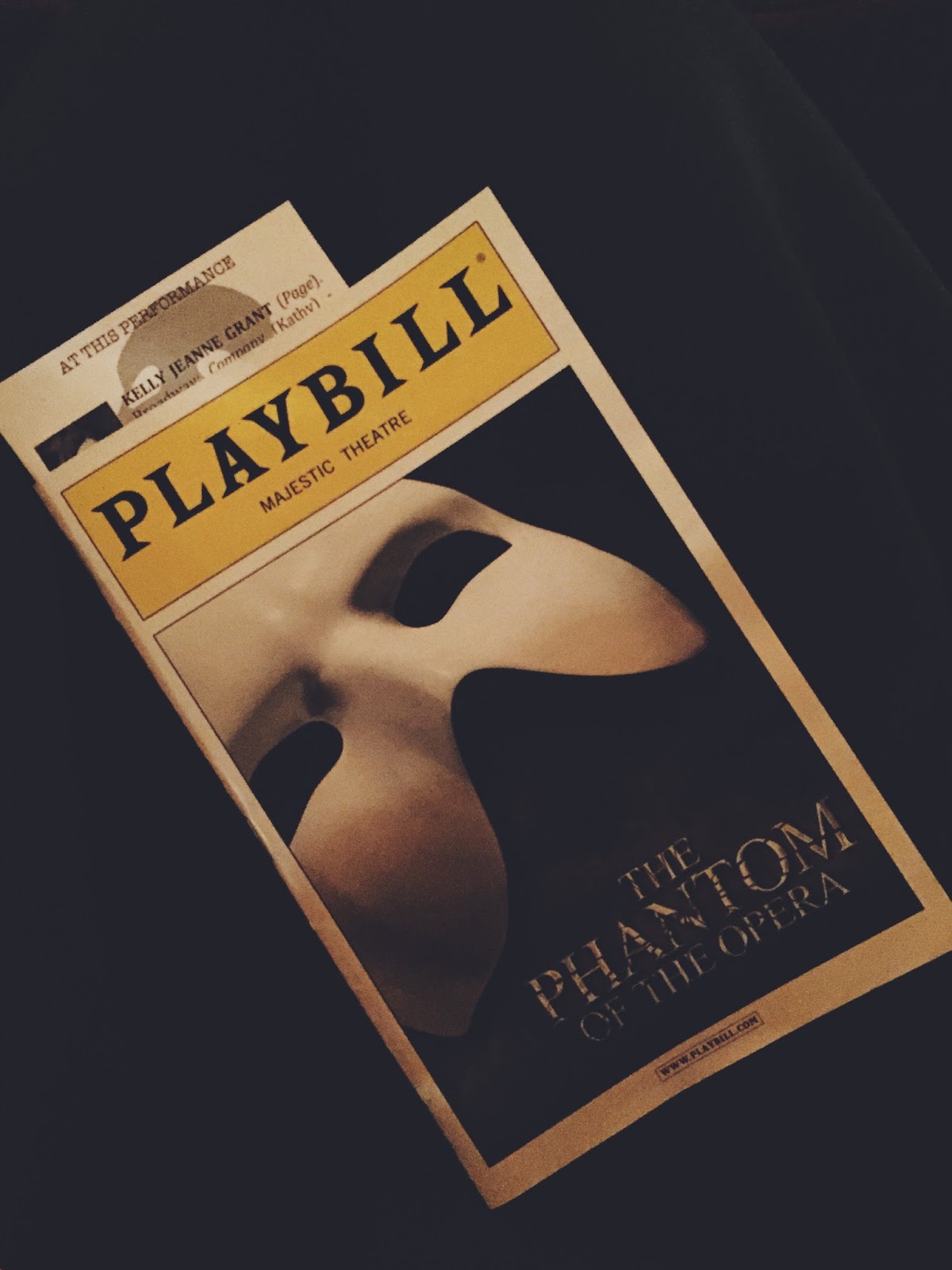 We did a number of other exciting things while in the city. We stopped by Rockefeller Center to see the iconic tree, saw Ground Zero (humbling), and Wall Street. We even became fairly acquainted with the subway system (which isn’t nearly as bad as people make it out to seem!), and went shopping all throughout Tribeca, Soho, and 5th Avenue. (I should mention that somehow my husband got away with me only spending $100 on shopping while in the city! I’ll get you next time Brandon Behr!)

If you have any questions on anything I mentioned, or have some suggestions for anything I might have missed, definitely let me know in the comments below! New York steals a piece of my heart every single time, and I just can’t wait to head back to the city in the Fall!