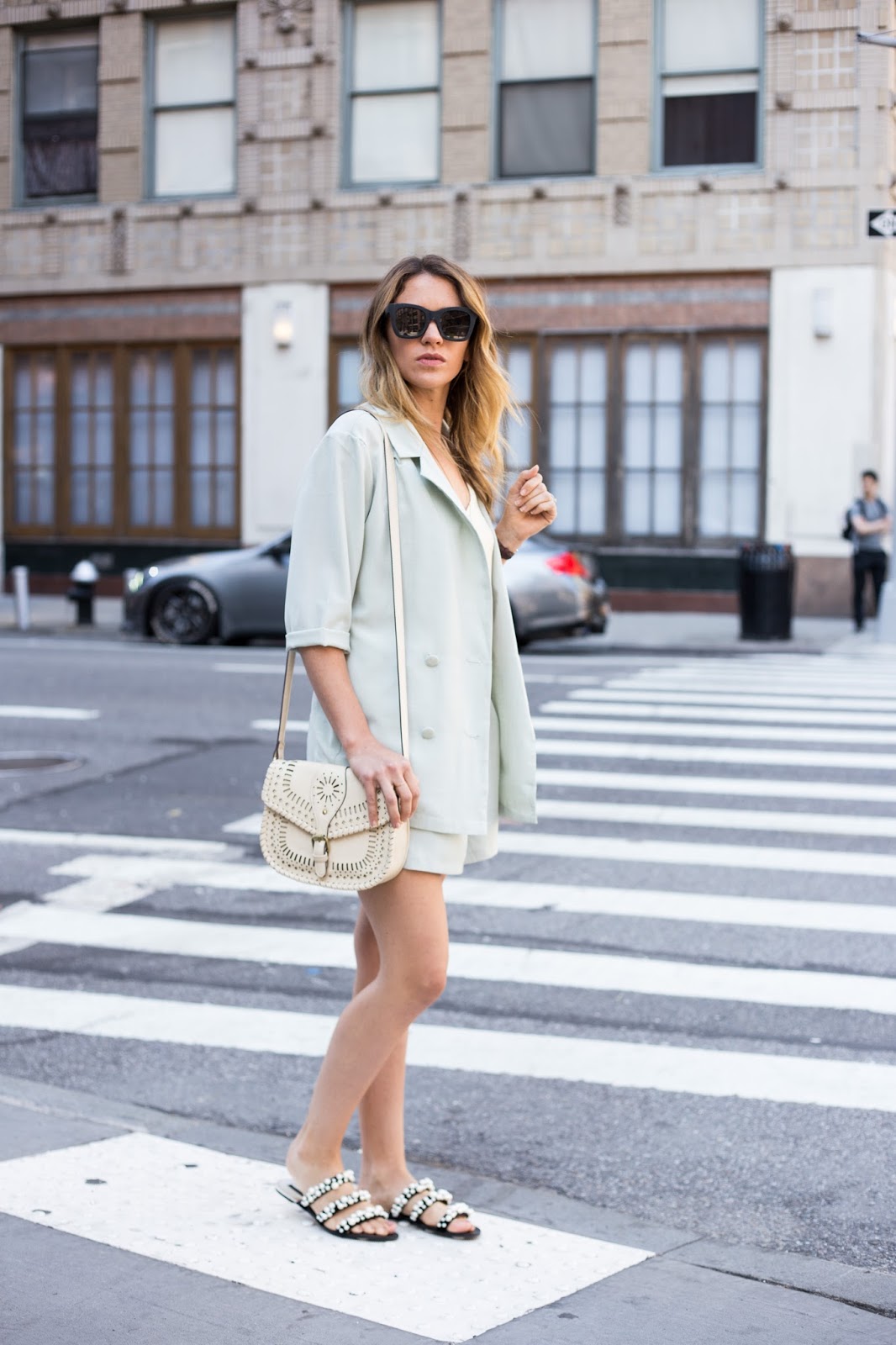 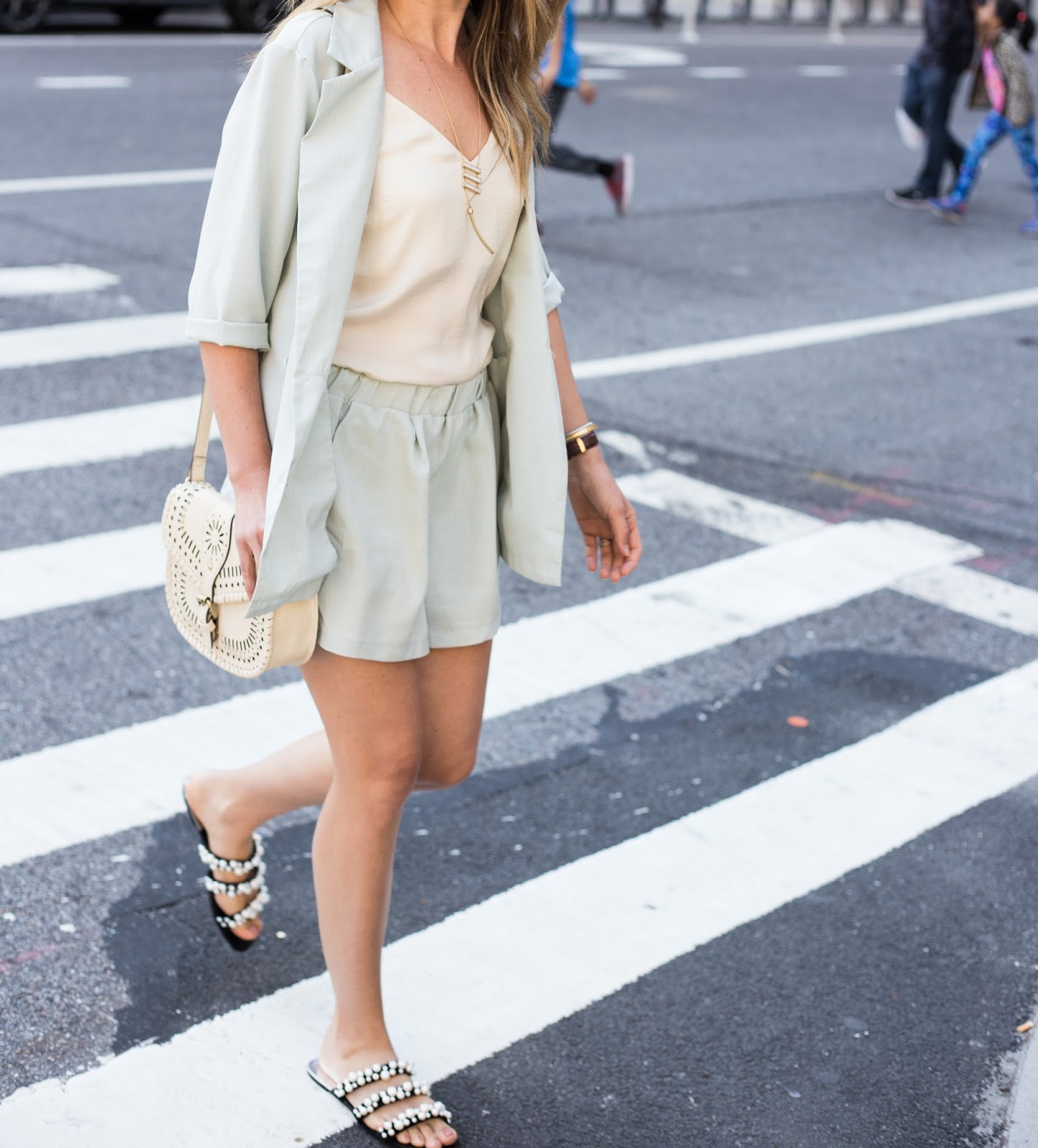 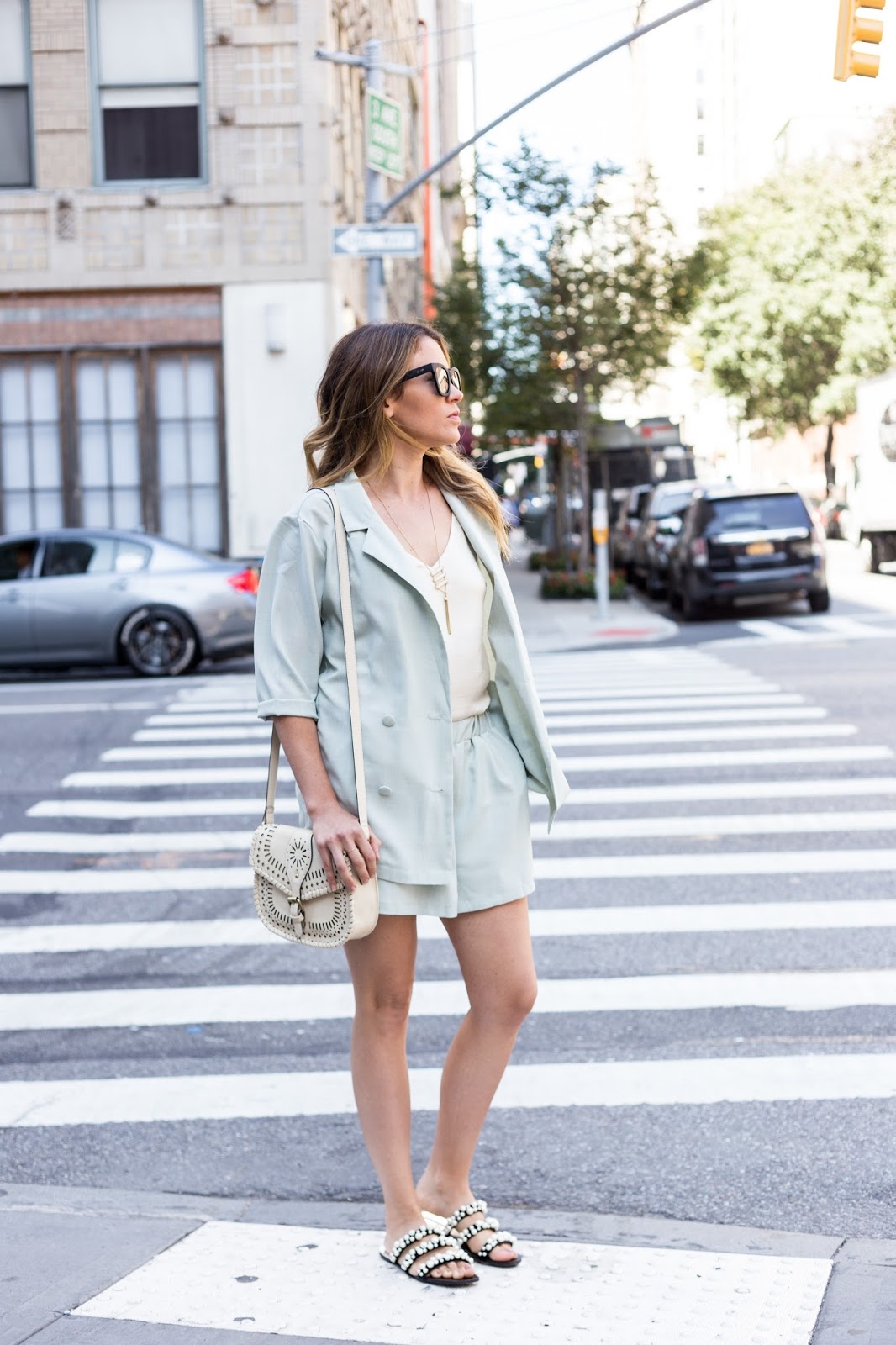 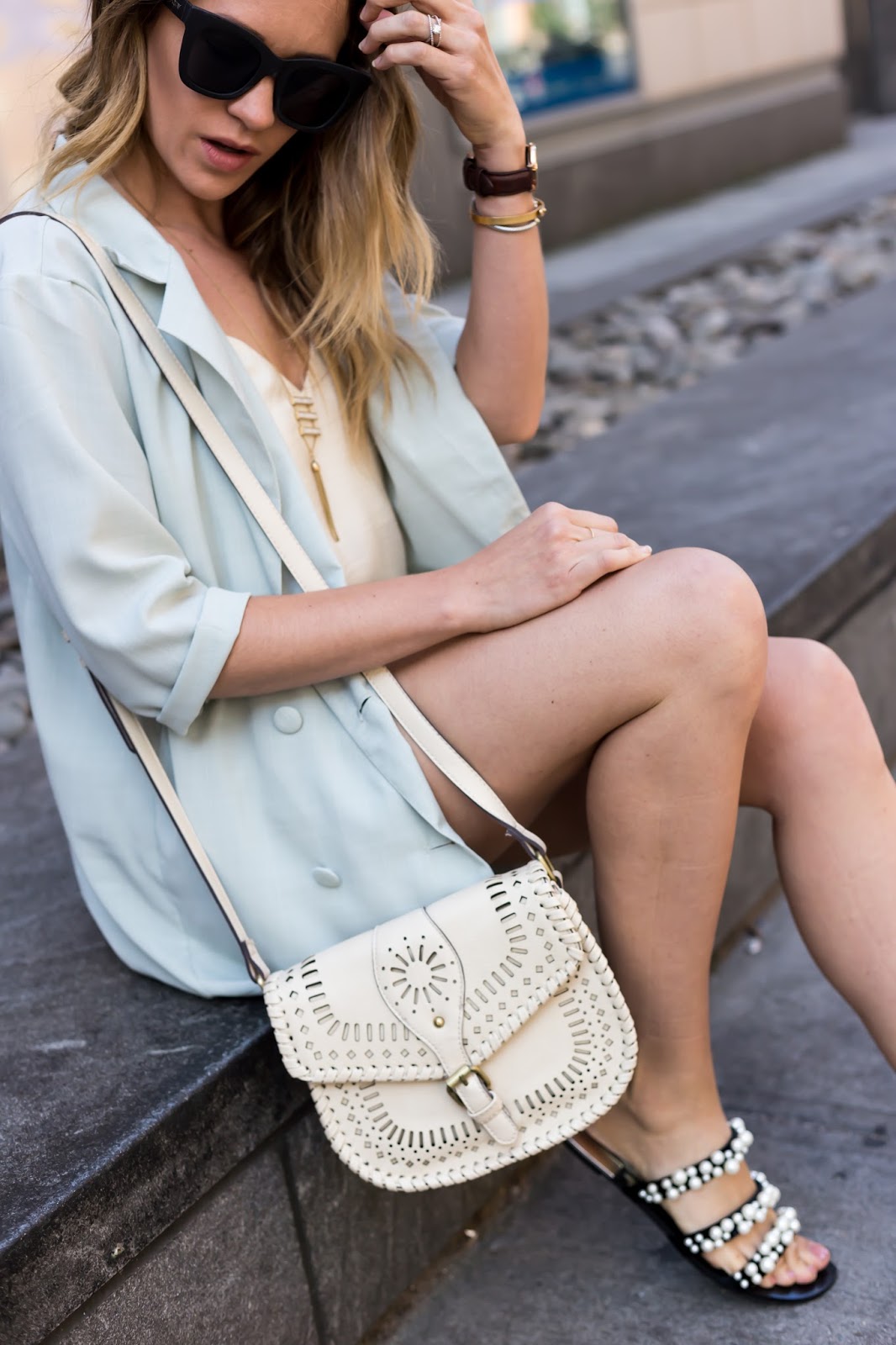 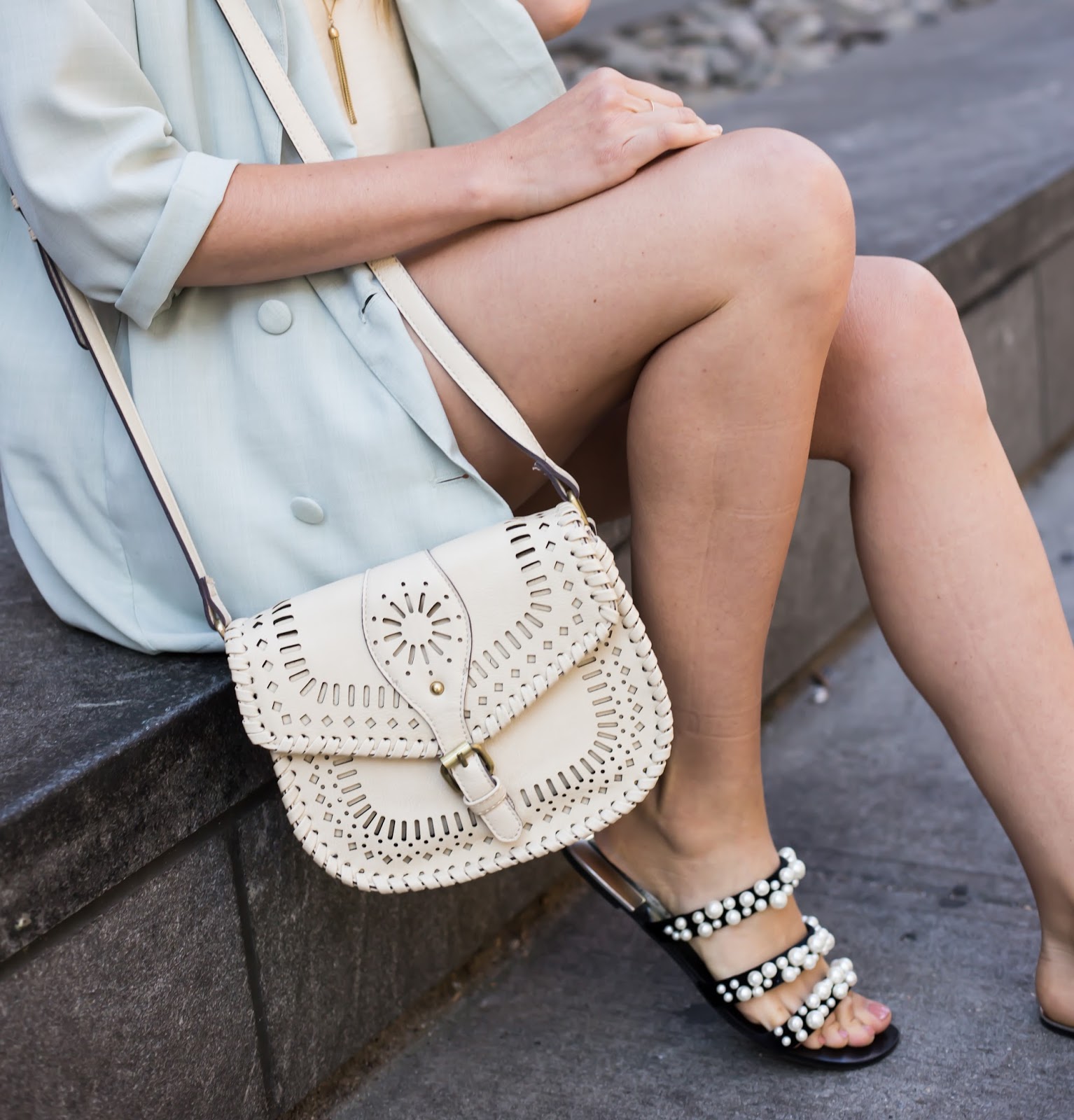 Not having been to New York Fashion Week in several years, there were definitely some changes (and certainly some things that never change!).

Things that were exactly as I remember them:

– You’ll spend a small fortune on cab fares – you just can’t help it. I try to take the train as much as possible, but sometime a cab is just easier – and it adds up quickly.

– It’s exhausting. You would think it’s all fun and games, but it really is quite exhausting. You have appointments to make, outfits to change into, and shows to see, all while traversing miles of city from point a to b, then c, and back to a. And seeing how you are usually fueled by copious amounts of champagne, it wears you down pretty quick.

– It’s intimidating. You just can’t avoid the comparison game while you are there. You’ll see other bloggers getting their picture taken, and start to question everything you have on – even though you got your picture taken as you walked up to the building. It’s stupid, but it’s true. Beyond that, you really feel like a small fish in a big pond. It’s easy to let your confidence fall.

Things that had changed at New York Fashion Week:

– Shows are really all over the city now. It used to be that Bryant Park and Lincoln Center were the main hubs for all things fashion. Now, Skylight Clarkson is, but shows are really spread out everywhere. Next season, they are doing away with a main event space altogether, so it will be interesting to see where they all end up.

– The fashion has gotten more…interesting. Sure, all fashion is meant to be a personal representation, but some of these just cross the fashion lines from the artistic attempts of Lady Gaga to the “literally wtf” ensembles of Miley Cyrus. (At least Miley circa 2015. We’re glad you’re back, girl.)

Things I forgot for New York Fashion Week: BRING FLATS WITH YOU EVERYWHERE. I repeat! EVERYWHERE! I made the mistake of taking off in *comfortable* heels, one morning, thinking, “I won’t be walking too far.”  4 miles late…I was very wrong. And your feet will let you know it. I pretty much wore flats the next two days. (Thank God that is a trend RN. The ones pictured here saved my life!) I immediately made a note in my phone to never make that mistake again. 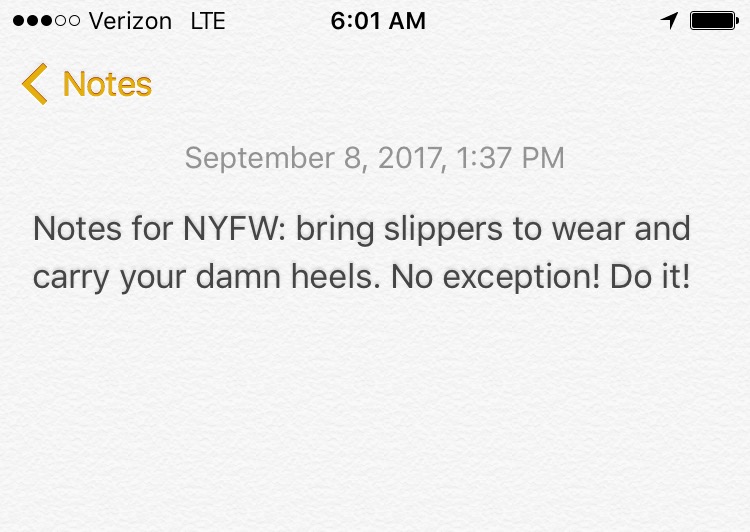 As for the events:

Day 1: I attended the Shopbop event with my Denver blogger friends, Jack Savoie of The Savoie Daily and Desiree from Darling Be Daring. (Btw did you see Shopbop is having an amazing sale right now? Check out my post here.) They completely rebranded their site, so they had a huge celebration. The installations were absolutely stunning, in true New York Fashion Week style. They even had puppies to play with, from Foster Dogs NYC. If you are in the New York area, and in the market for a furry friend, you should definitely check them out. Amazing organization! 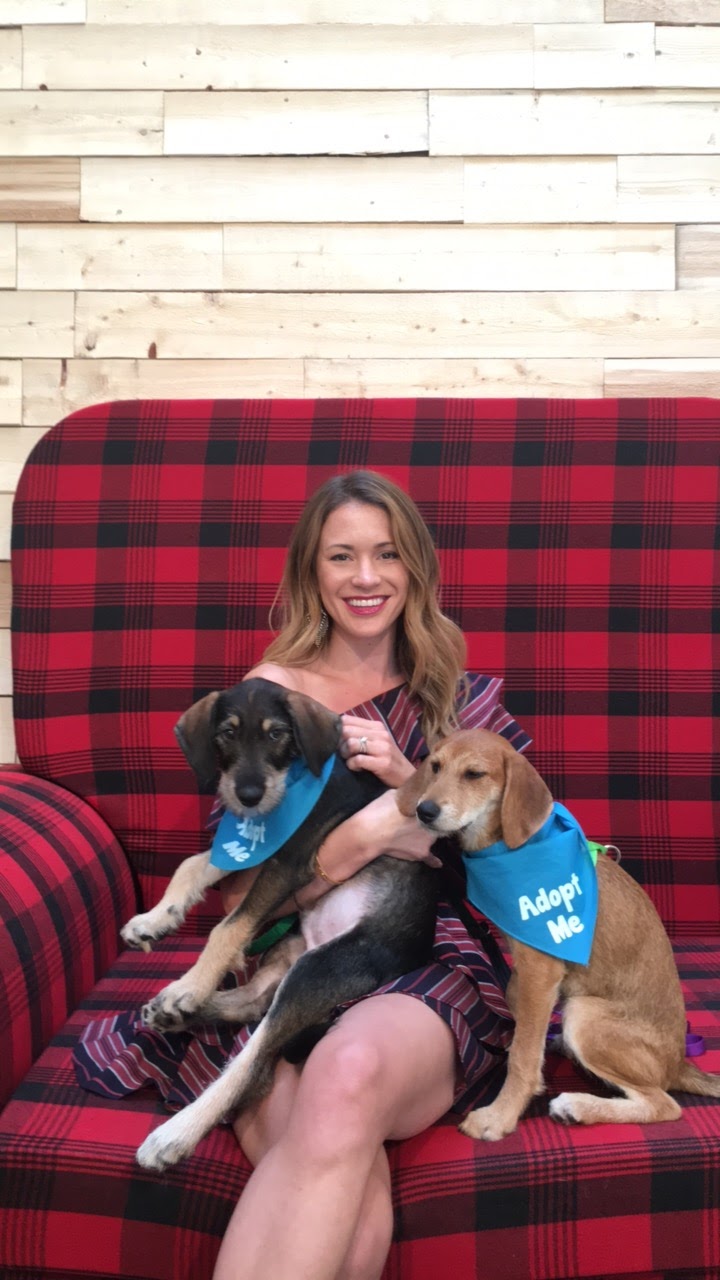 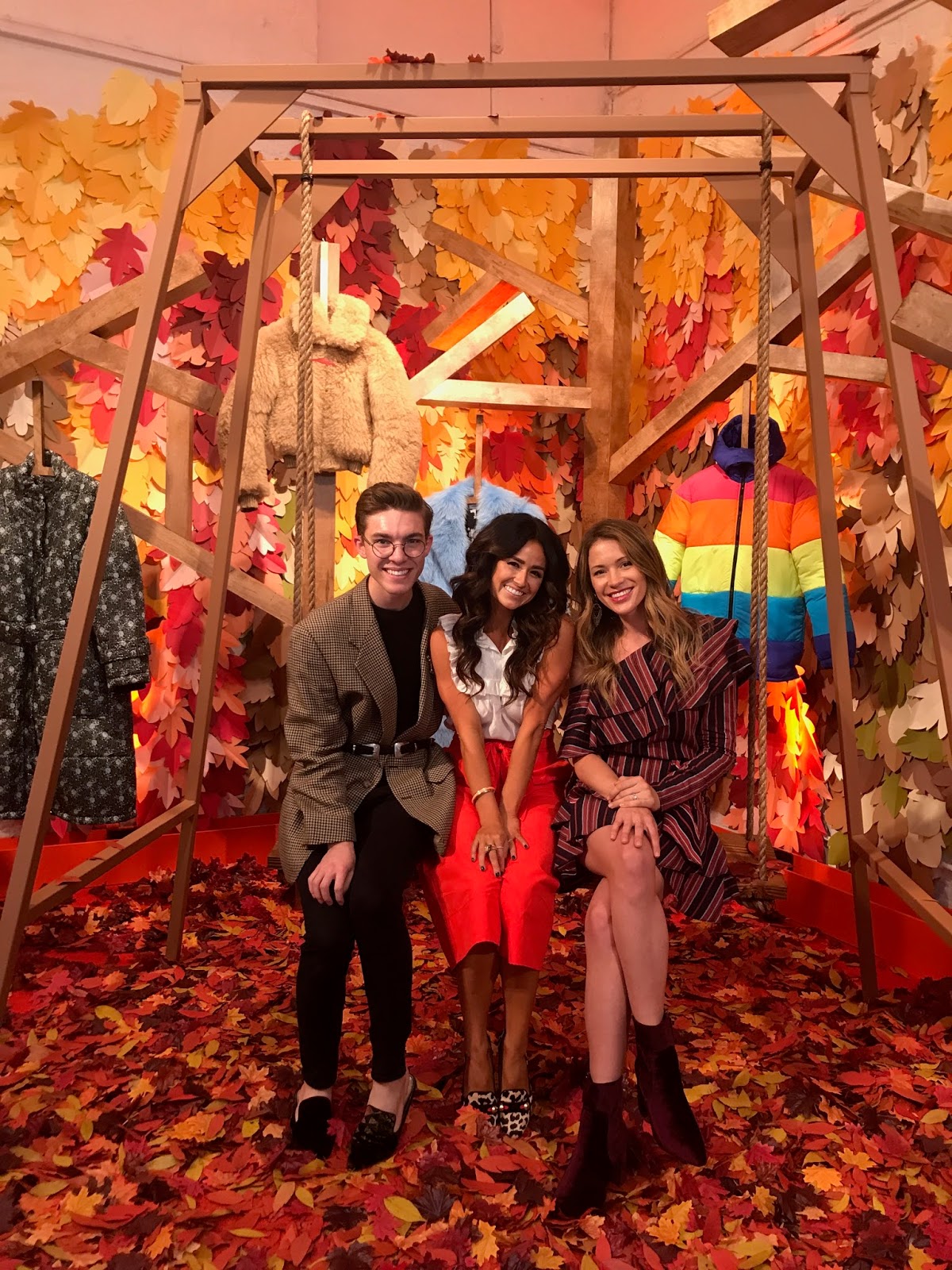 After that event I met up with my folks and Brandon and we headed to see Chicago on Broadway. I had never seen the play, just the hit movie, so I was nervous I wouldn’t like it as much as I loved the movie. Boy, was I wrong. It was so good and far surpassed my expectations!

Day 2: I attended the Romeo Hunte Presentation. I was so excited about this show, because I got to take my mom and Brandon with me! It felt amazing to be able to share that experience with them. After that, I was supposed to attend the Obviously event but was a little too pinched for time before my next show, so I had to skip it at the last minute. That afternoon, I attended the Katie Gallagher show, and made new blogger friends with Courtney of Somewear Southwest – she is the best!

That night, we went to a piano bar in midtown that my parents picked out. We had so much fun signing along, and I even got up on stage and sang a tune. *insert covered eye monkey emoji here*

Day 3: That morning, we headed to Grand Central Terminal as I had never seen it. To my surprise, there were so many bloggers there (I was in the bathroom with Jamie Chung, guys!). Later I found out, the Kate Spade presentation was being held at the Oyster Bar at Grand Central Terminal. (Clearly my invitation got lost in the mail!) After that, I headed to the Runa Ray presentation with my new friend, Courtney. The plan was to head to the Banana Republic presentation after that, with a chance to meet Olivia Palermo, however the show was open to the public and the line was INSANE so I ditched it quickly for an afternoon of shopping with the fam.

Brandon and I headed to the LuLu*s Style Studio party that evening, before meeting up with my parents at Gotham Comedy Club to see Bobby Collins perform. Guys, he was hilarious! We were all in tears! Highly recommend seeing him perform if you ever have the opportunity.

Day 4: I planned to take this entire day off to go to Brooklyn, but decided to go ahead and attend the Leanne Marshall show because it’s always so swoon worthy! I was so honored that they sat me at the front row, next to Kayla of Not Your Standard. *pinch me moment*

That night, we ate at a cozy italian restaurant a block from where we stayed named Patrizia’s. This place was a hidden gem, and I will definitely be back next time I’m in the city for New York Fashion Week.

Day 5: I completely skipped out on all things fashion and took a morning stroll with the hubby around the High Line. We ate at The Wild Son in the Meatpacking District, shopped around Soho, then had lunch at Eataly before hopping a plane back to Colorado Springs.

I always love time spent in New York City, but there really is something so special about fall in the city – especially at New York Fashion week. I’ll definitely be back, and would love to room with a few gals next time, so if you plan on going, let me know!